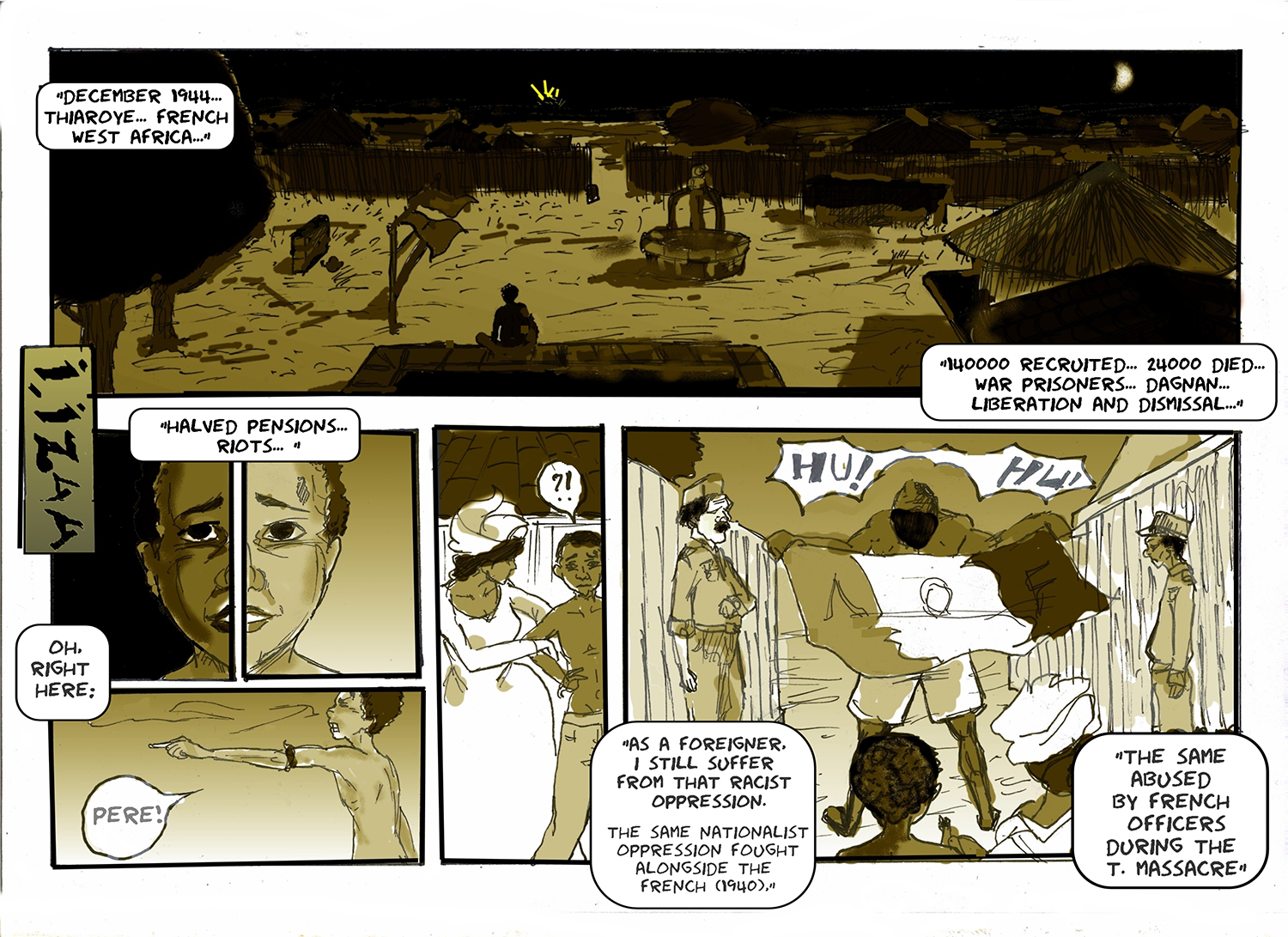 The title of this comic, “I, Izaa” refers to 1.12.44, the date of the “Senegalese tirailleurs” massacre ordered by the French officers in the Thiaroye Camp.
When a child notices some flashes coming from the nearby Holding Camp, he decides to wait all night for his father to return from war. Finally his father returns, but he has gone mad because he cannot tell anybody about the mass killing.
2004. France. Professor M. is worried about something he reads in Izaa’s report about a film by an African filmmaker, so he starts to investigate the racial pressures that his student is facing.

I was born in Senegal in 1992, and two years later my mother and I joined my father in Italy.
I’m currently studying Tourism Economics at the University of Bologna and I make amateur comics in my spare time

1. That’s just what you wrote
2. Once again, I want you to tell me the truth.
3. Who is persecuting you? Uhm? / (Crap, I’m gonna be late for my niece’s baptism)
4. Nope
5. That was just about someone very close to me. An old senile man. Who thought my roots were a reason for not hanging around with friends.
6. You mean Mr. Auriol again?!

Page 5
1. …My grandpa used to think that all white people were racists.