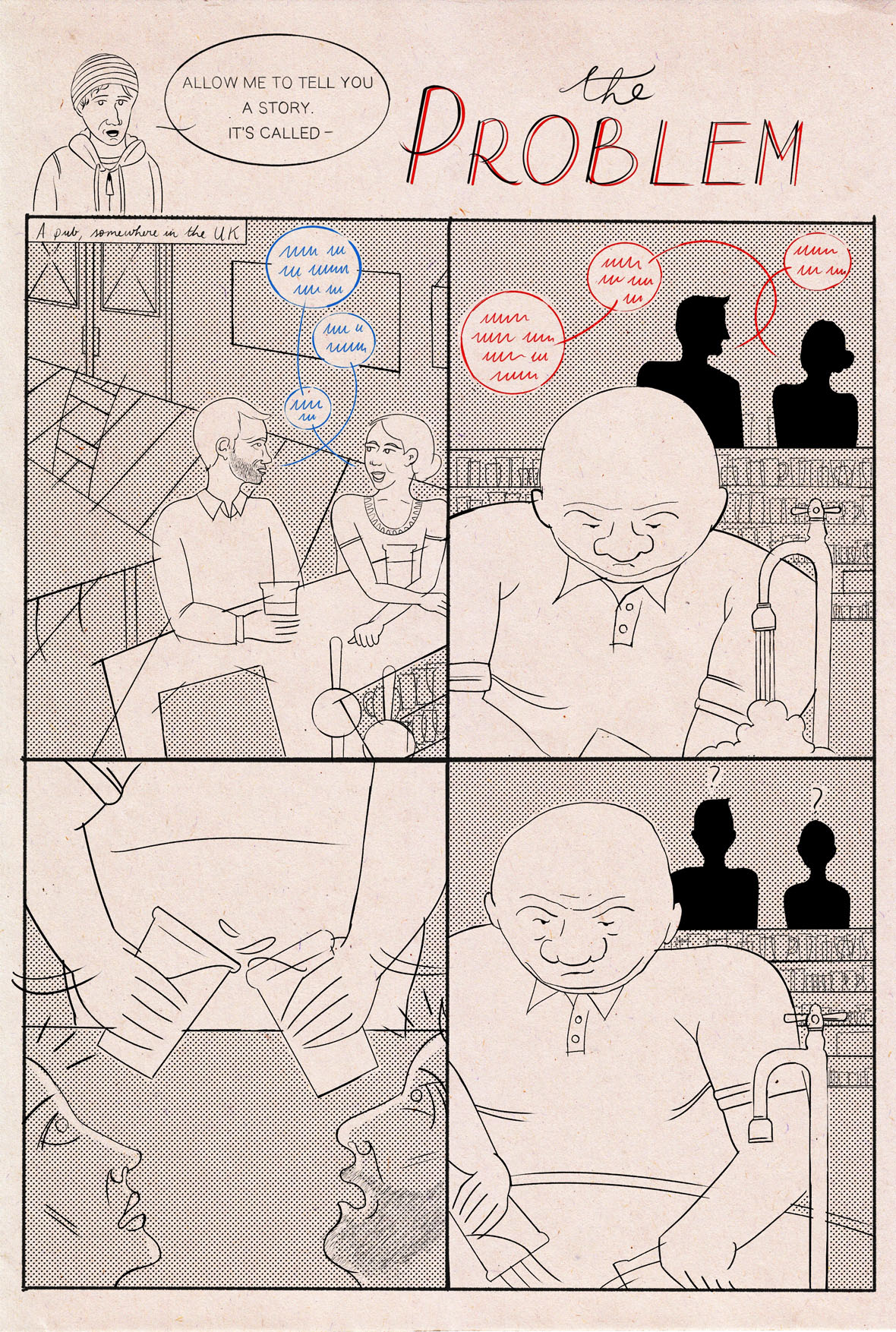 “The Problem” describes an incident that occurred in pub in the UK to two Maltese friends of mine. While they were chatting at the bar the barman suddenly emptied their drinks and told them to leave. Upon realising that they were Maltese he suddenly became apologetic and tried to make amends. The comic then goes on to describe a typical reaction to this story – namely that ‘the problem’ lies with the sound of the language, rather than the prejudice of the listener.

I am a Maltese mathematician who creates comics. I have spent most of the last 10 years in the UK, and I am currently finishing a Master’s Degree in Sequential Illustration at Brighton University.

1. Allow me to tell you a story. It’s called The Problem.

1. Are you going to leave or will I have to throw you out?

3. Hope you guys had a nice evening

1. NO WE DID NOT! HE TOOK OUR DRINKS AND THREATENED US AND

2. WE WERE JUST CHATTING AT THE BAR AND WE WEREN’T CAUSING A NUISANCE AND/  Where are you from? / What?

1. Turns out it was just a language problem. He’d only mistaken them for people he hated!

4. Maltese is a semitic language, but it’s written with the Latin script. / It is the only such language in the world.

5. I like this fact a lot. For me it expresses our potential to bridge cultures.

6. One time, after I’d retold the story of my friends in the pub, some bright spark offered the following insight:

7. The problem is when you speak Maltese quickly it sounds like Arabic.

8. Yes, there is a problem but that’s really not it.