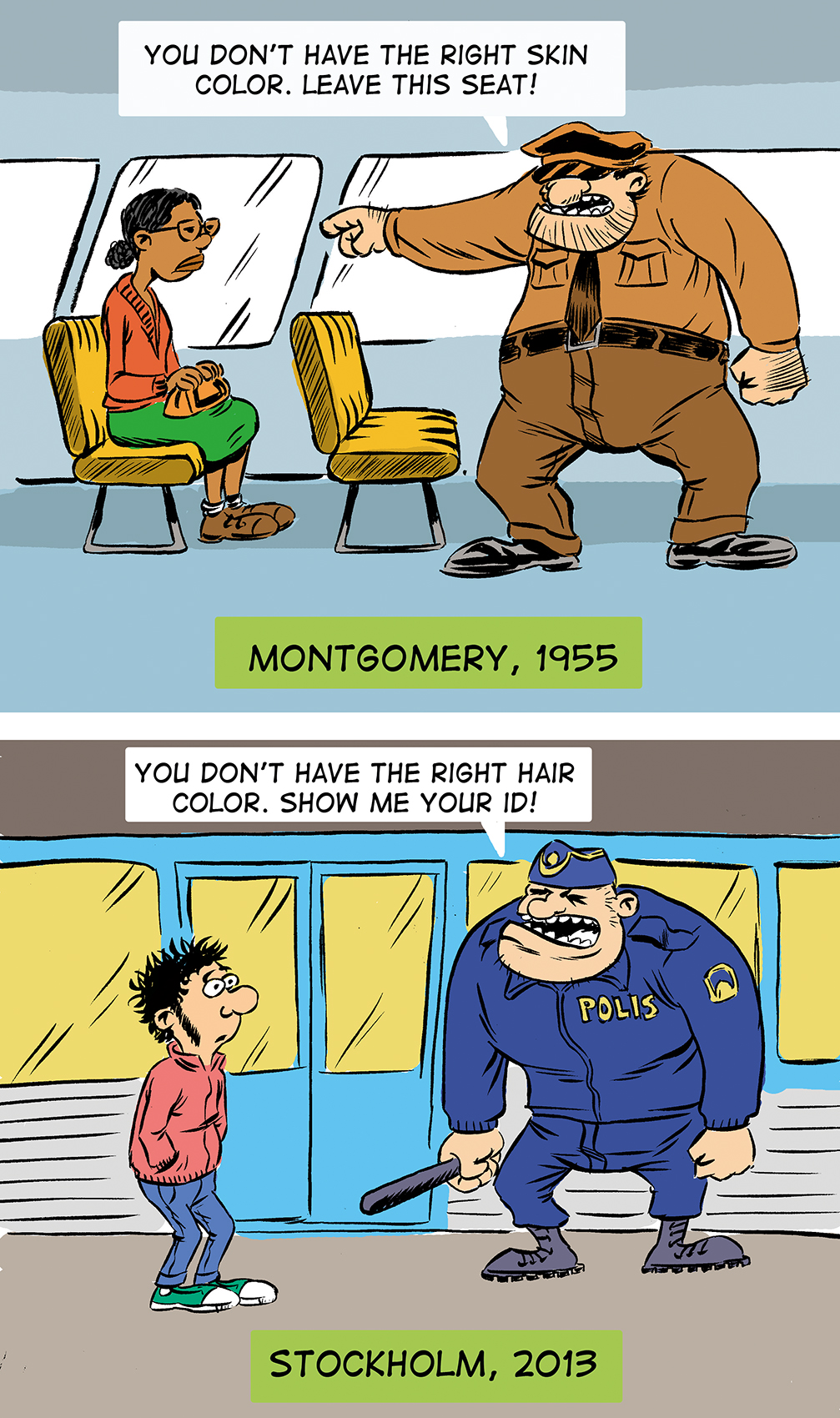 This short comic-strip was drawn in the wake of the REVA project in Stockholm, when police were looking for illegal immigrants in the subway and on the streets, basically by racially profiling people on the street and asking for their IDs. So I created this short comic-strip to show that this is exactly the same thing as racial segregation, which took place in the US, and to give a specific example I chose Rosa Parks, who first insisted on sitting in a seat on a public bus which was reserved for white people.