<- “Power Of Bombs”, Sofja Bolshakova | “American Dreams”, coloring book, by Katie Woznicki ->
Back
Next
Picture 1 of 1 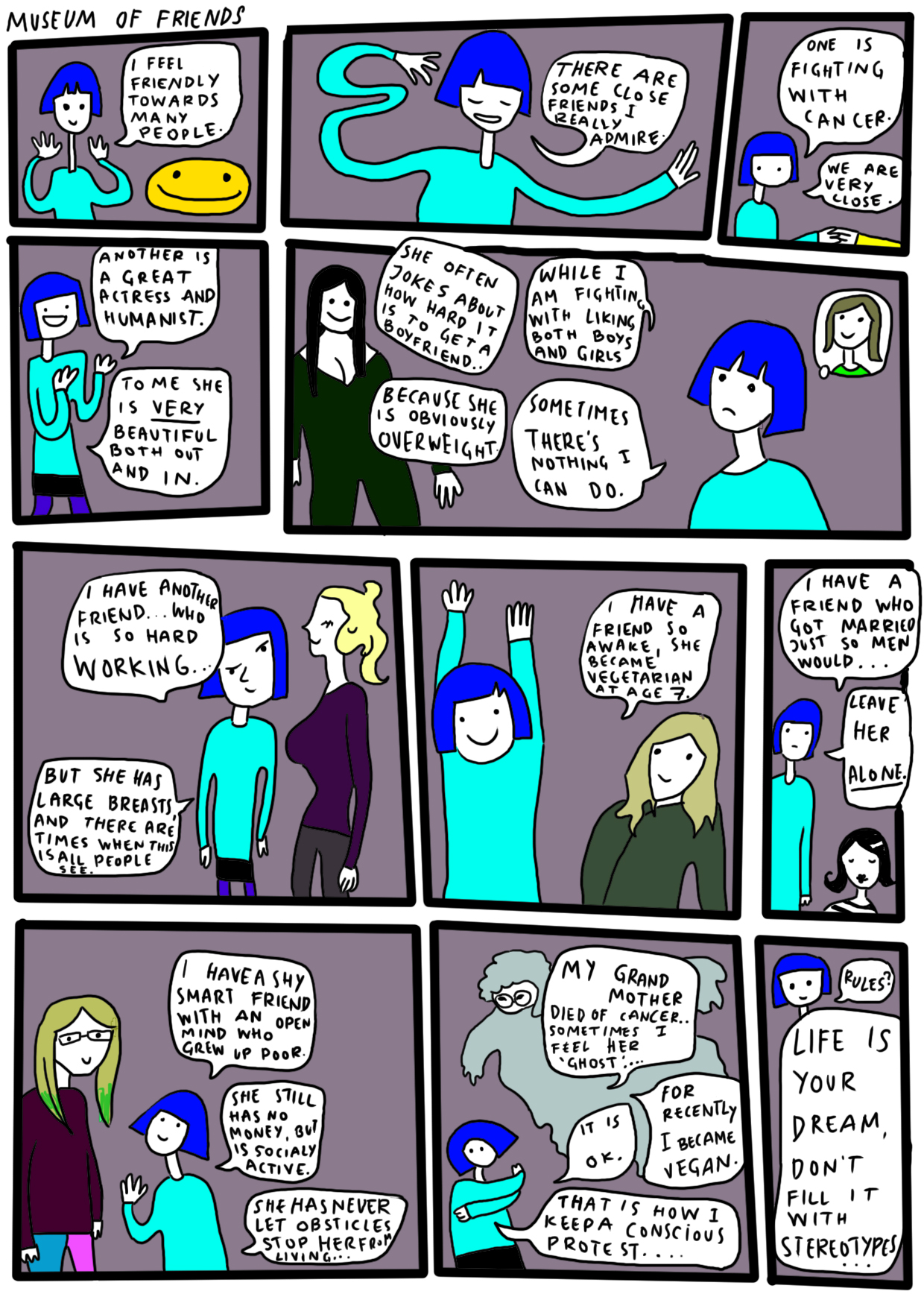 I have many dear friends, who are all very different, so I decided to make a comic about some of them.

I am currently studying Visual Communication at the Latvian Academy of Arts and have previously graduated from the Janis Rozenthal Riga Art high school.

1. I feel friendly towards many people.
2. There are some close friends I really admire.
3. One is fighting with cancer. / We are very close.
4. Another is a great actress and humanist. / To me she is very beautiful both out and in.
5. She often jokes about how hard it is to get a boyfriend… / Because she is obviously overweight/ While I am fighting with liking both boys and girls. / Sometimes there’s nothing I can do.
6. I have another friend… who is so hard working… / but she is large breasts, and there are times when this is all people can see.
7. I have a friend so brainy, she became vegetarian at age 7.
8. I have a friend who got married just so men would… / leave her alone.
9. I have a shy smart friend with an open mind who grew up poor. / She still has no money. But is socially active. / She has never let obstacles stop her from living…
10. My grandmother died of cancer… sometimes I feel her ‘ghost’…/ It is ok. / For recently I became a vegan. / That is how I make a conscious protest…
11. Rules? / Life is your dream, don’t fill it with stereotypes…