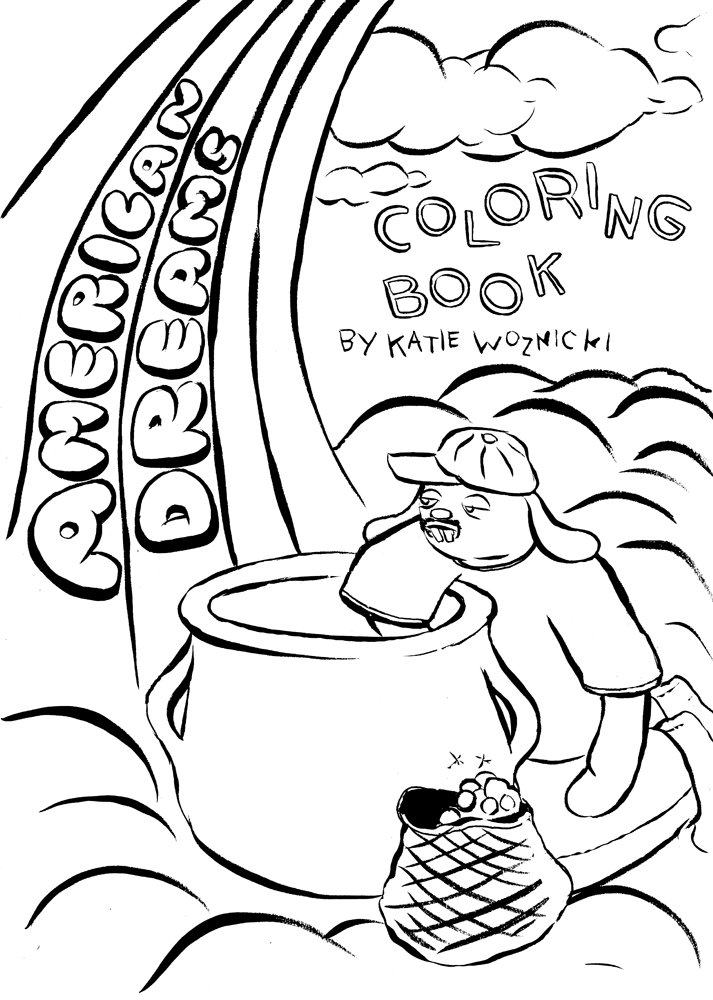 American Dreams is a coloring book and a comic, with each page providing a window into American stereotypes of marginalized populations, drawn with rabbits instead of people to emphasize the fact that we are, in fact, all the same. Each frame contains a story – a black man robbing a pot of gold, an Arab taxi driver and his veiled wife, a mail order bride from eastern Europe, a drag queen getting ready for a show, an Asian nail salon with a black patron – complete with counterfeit purses, and a morbidly obese individual eating at the county fair – all stereotypes – their power diminished by the silliness of the rabbits.