“Slave the Day Away”, Katie Woznicki 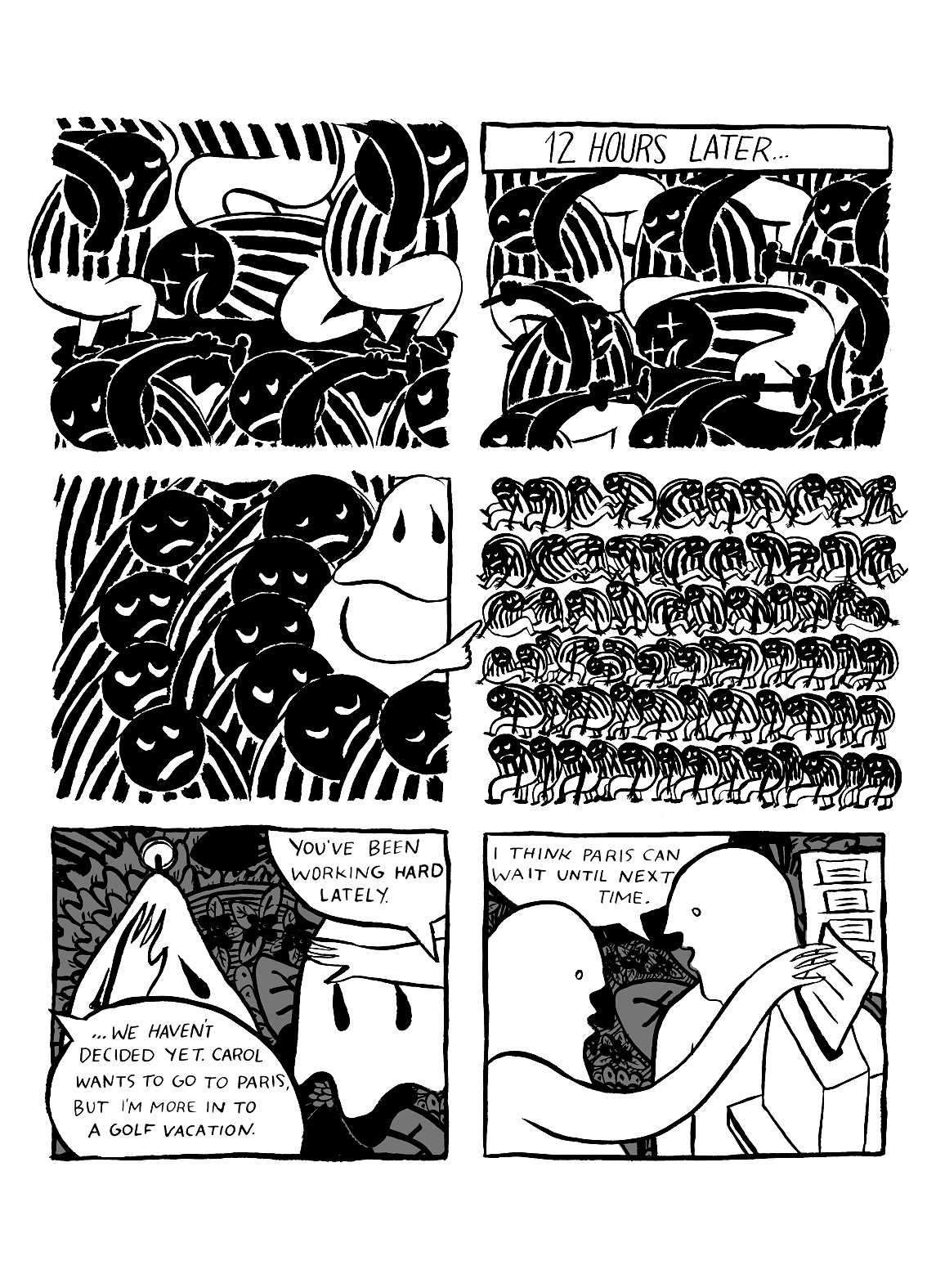 Slave the Day Away is a tale of oppression and privilege, illustrating the lack of perspective that wealth and power can bring. The protagonists, clad in white robes, complain of mundane, upper class woes -  such as choosing a restaurant or a vacation spot -while they ruthlessly torture slaves for a living. Those in power are so consumed by the problems of the developed world that they are unable to experience their slaves as living, feeling human beings who are clearly suffering on a much more profound level.

1. Me and Pam tried that new Japanese place.

1. …We haven’t decided yet. Carol wants to go to Paris, but I’m more in to a golf vacation. / You’ve been working hard lately.

2. I think Paris can wait until next time.