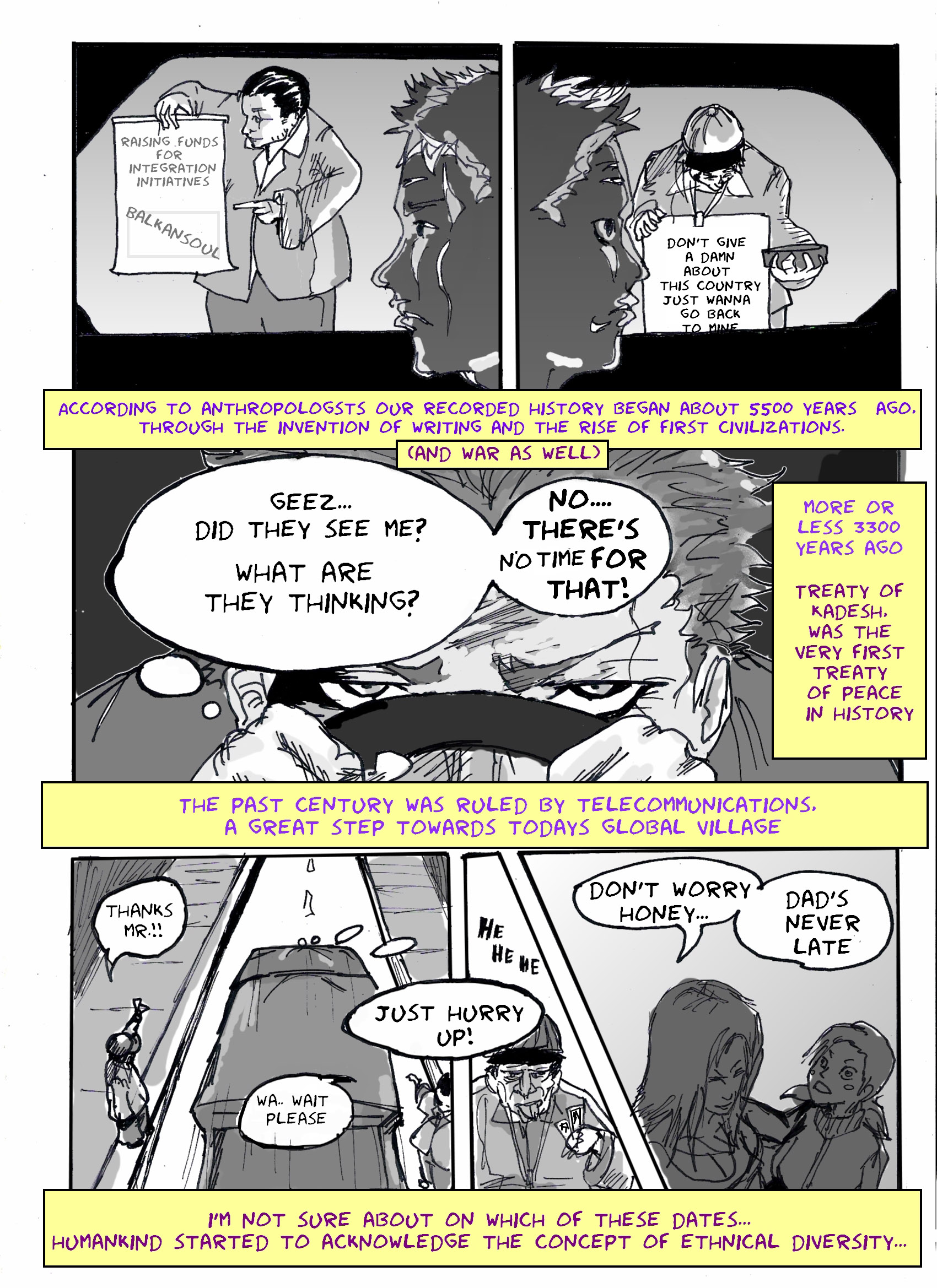 People in a hurry usually take shortcuts, just like a man who prefers to give money to a beggar (and get rid of any sense of guilt) rather than having a positive chat with him first. When shortcuts are taken while reasoning, they might turn into stereotypes. Stereotypes are an ancestral response to an even more ancestral fear: a lack of time. In any case, there will never be any excuse for racism.

I was born in Senegal in 1992, and two years later my mother and I joined my father in Italy.
I’m currently studying Tourism Economics at the University of Bologna and I make amateur comics in my spare time.

2. Don’t give a damn about this country, just wanna go back to mine

3. According to anthropologists our recorded history began 5500-6000 years ago, through the invention of writing and the rise of the first civilizations. (and wars as well)/  Geez.. did they see me? What are they thinking? No… there’s no time for that. / More or less 3300 years ago, the Treaty of Kadesh was the very first peace treaty in history. / The past century was ruled by telecommunications, a great step towards today’s global village.

5. Don’t worry honey, / dad’s never late / I’m not sure about which of these dates it was that humankind started to acknowledge the concept of human diversity.

2. Grrrrr / Huoooo! / But sure it didn’t happen during the 2.500.000 years of continuous fear-fight preceding the invention of writing.

3. Did they see me?/ Prehistory. 99,7% of the whole of human history,  is more than enough to get accustomed to both tools and agriculture…

4. No time. Must run. / Not to mention stereotypes

5. They are all dangerous.

2. Dad is half Swiss. / Swiss people are always on time.

3. That’s why whenever I’m asked if it’s really wrong to be against any other race…