“My Grandfather is a Postage Stamp”, Laura Ķeniņš 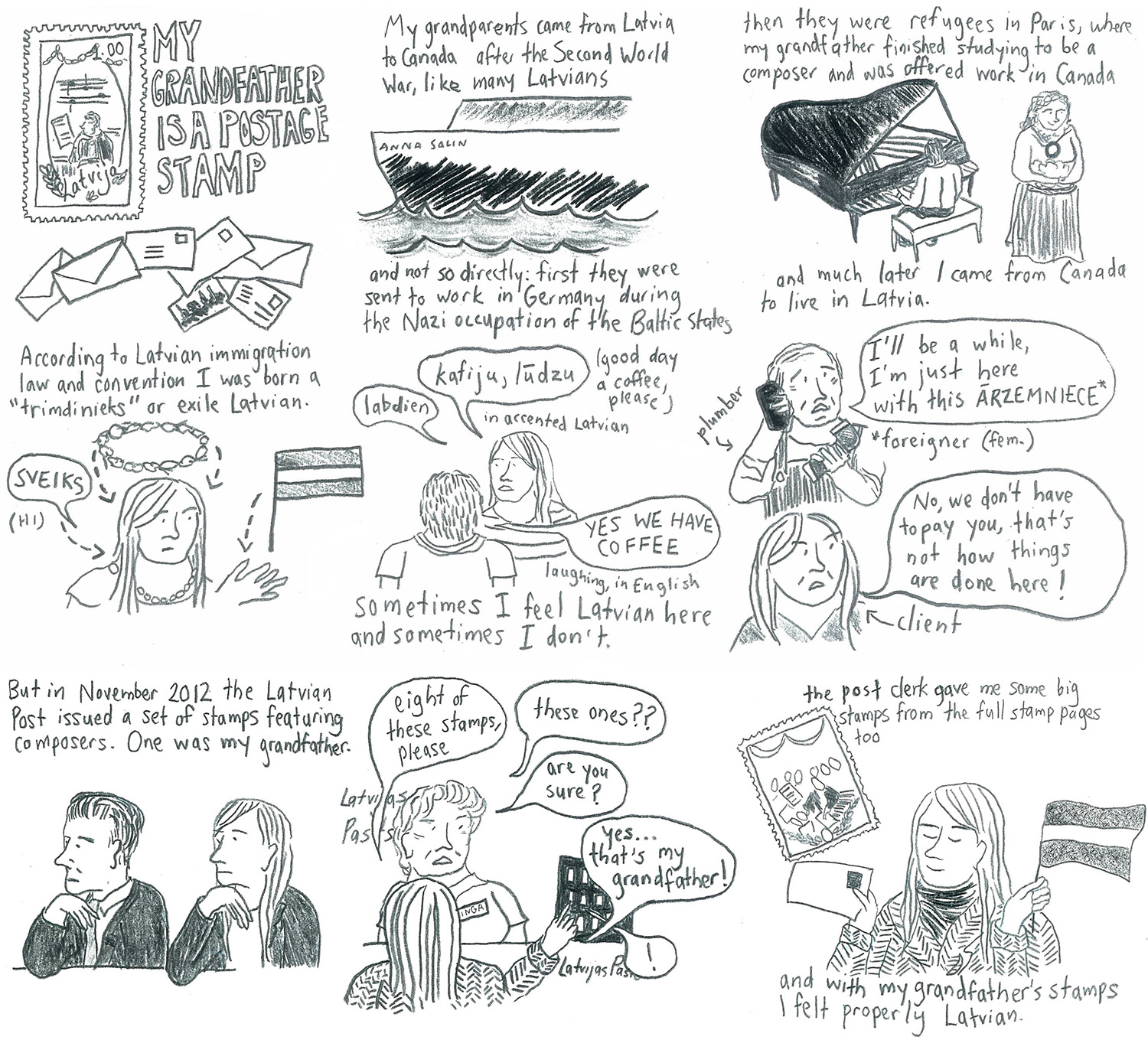 Although Latvia wants immigrant Latvians and their families to return, moving “back” to the country my grandparents emigrated from has sometimes been confusing and stressful, but one day at the post office I really felt like I fitted in.

1. My grandparents came from Latvia to Canada after the Second World War, like many Latvians

2. and not so directly: first they were sent to work in Germany during the Nazi occupation of the Baltic States

3. then they became refugees in Paris, where my grandfather finished studying to be a composer and was offered work in Canada

4. and much later I came from Canada to live in Latvia.

5. According to Latvian immigration law and convention I was born a “trimdinieks” or exile Latvian. / HI

6. Sometimes I feel Latvian here and sometimes I don’t. / Good day, a coffee, please (in accented Latvian) / Yes we have coffee (laughing, in English)

7. Plumber: I’ll be a while, I’m just here with this FOREIGNER / Client: No, we don’t have to pay you, that’s not how things are done here!

8. But in November 2012 the Latvian Post issued a set of stamps featuring composers. One of them was my grandfather.

9. Eight of these stamps, please. / These ones?? Are you sure? /Yes…that’s my grandfather!

10. The post clerk gave me some big stamps from the full stamp pages too

and with my grandfather’s stamps I felt properly Latvian.