“Great migration of Kalderashi and their throne in Poland”, Agnieszka Piksa 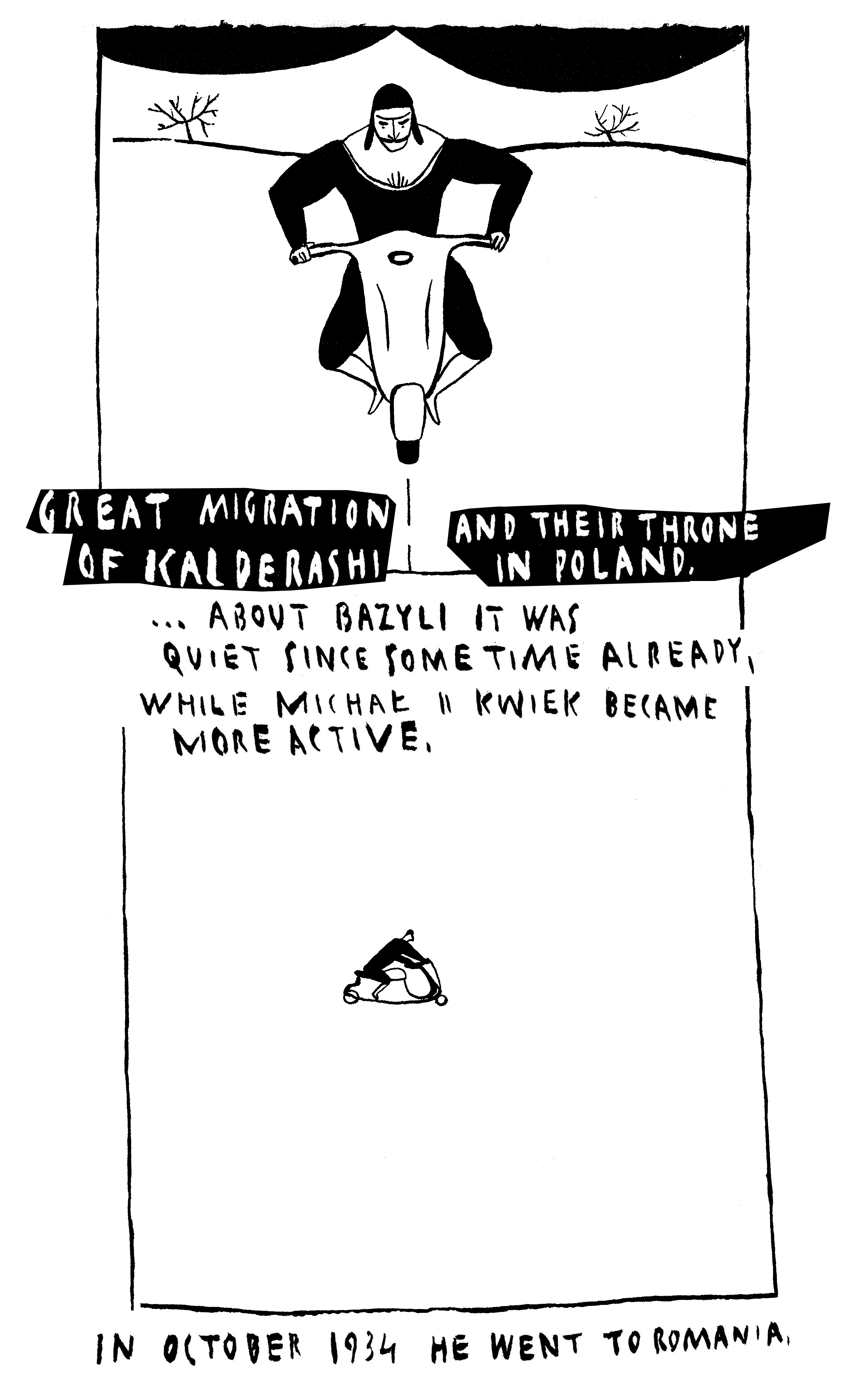 The story is true, is found and described by Jerzy Ficowski, explorer of Roma culture in Poland. Searching for own place, getting lost in circumstances, believing in utopia- the conquests of Michał II Kwiek that remind me of Don Quichote.

I was born in Warsaw. I studied at the Fine Arts Academy in Cracow and at the University  of Art and Design in Cluj-Napoca, Romania. I am a comic author and an illustrator based in Poland.

1. …About Bazyli it was quiet since some time already, while Michał II Kwiek became more active / In October 1934 he went to Romania.

1. Where he participated in a meeting of gypsies and assured that he strives to „create a gypsy state in Asia, on Ganges, which is land of our origin.

1. He announced that according to these efforts he goes from Romania to India.

2. However, after 10 days he was found in the woods near Kodz as organiser of gipsy assembly

1. And election, on which he was elected as the king “for a further five years”

2. In his election speech, he declared abolition of horse-tax.

1. Where he was captured by police,

2. and soon after in London’s Hyde Park

1. Where he said that Gypsies want to settle down for good – in Africa

2. Here comes the break of message about Michał