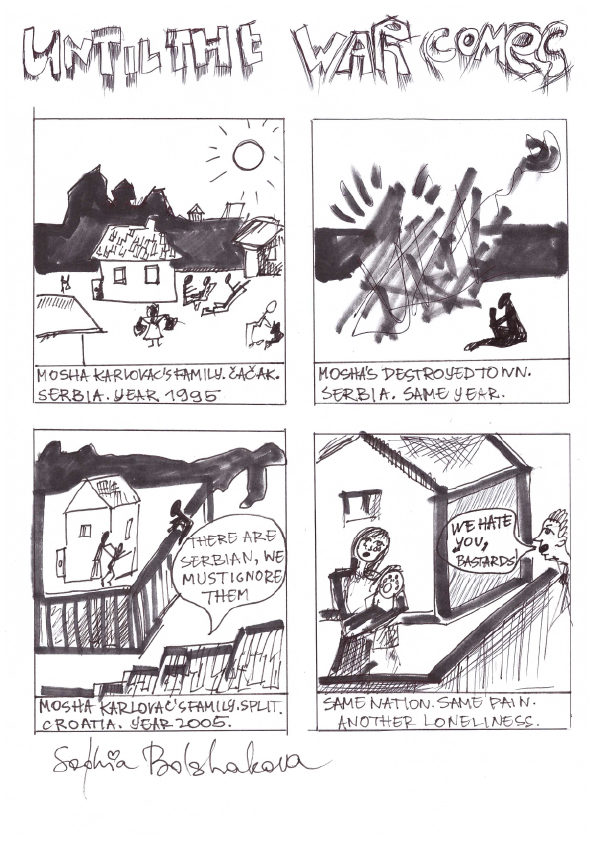 The comic ‘Until The War Comes’ describes feelings of isolation. I have chosen Serbia and Croatia due to the hostility that currently exists between these countries. I learnt about this through Emir Kusturica’s films, and was absolutely shocked, but also gained the idea to create these comics.

The problem of understanding and tolerance is still holding on better times, because of attitude of people. I have previously lived in Macedonia, so I know that this problem exists all over Europe. My comics reflect a very cruel scenario, and I think it can provide an example of reality and of how we might go about making things better.

I’m Sofja Bolshakova from Narva. I was born and raised on the board of Estonia and Russia. There are two religions and 7 nationalities in my family. I decided to learn languages and travel. With EU programmes and on my own I was reaching my goals to learn different cultures.

4. Same nation. Same pain. Another loneliness. / We hate you, bastards!