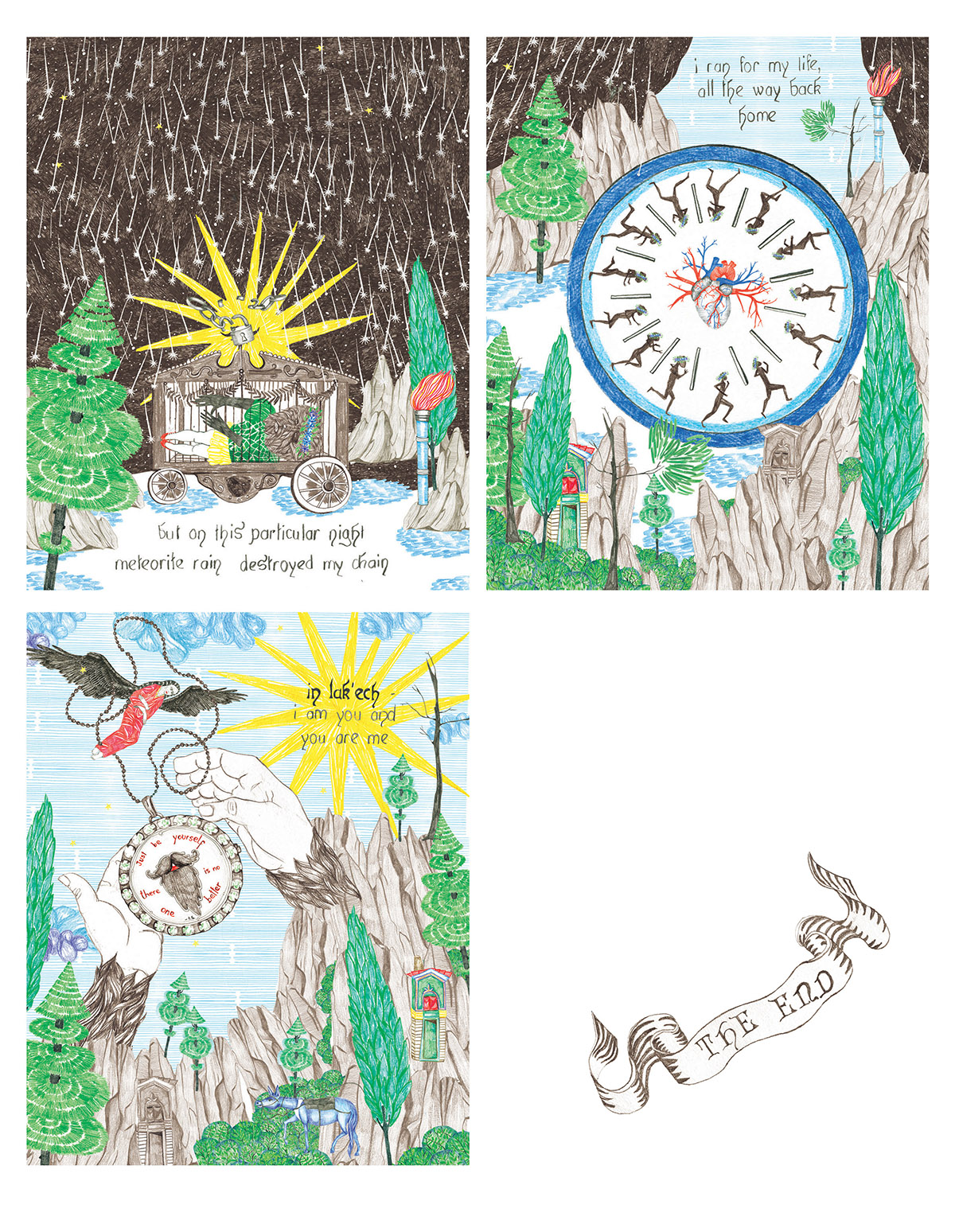 In Lak’ech, a young girl lived deep in the woods with her mother. They were in hiding because the girl suffered from hirsutism. The mother got very ill, and before she died she gave a silver pendant to her daughter. The girl was lonely and scared. She buried her mother and cried for days. A robber saw her, captured her and locked her up in his cage. The girl was sold to the circus and turned into a circus freak. She was very unhappy: she grew up in captivity and slavery. But her silver pendant encouraged her not to give up. She cried for help. Suddenly, the lock to her cage was broken by a shower of meteorites and she escaped. She ran until she reached her home. This leaves us with the message: No one is better than anyone else.

Dace Sietina was born in Jelgava, Latvia but now lives in Gouda, in the Netherlands. She studied Illustration at the Willem de Kooning Academy in Rotterdam. She likes to tell unusual stories, in which the message becomes clear when you read between the lines

1. One day the sand clock appeared on my mother’s face

2. The passage of time was unstoppable and she was running out of time

3. She gave me a silver pendant before she died / Just be yourself there’s no one better

1. I didn’t realize somebody was watching me

3. Freak show presents the bear-faced girl, only tonight in your home town / I can tell you, being famous is very lonely.

4. I was growing up in absolute captivity “please let me be free”

1. But on this particular night a shower of meteorites broke the chain

3. In Lak’ech – I am you and you are me / Just be yourself there’s no one better